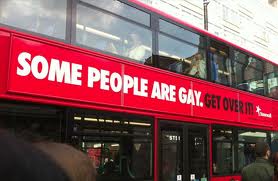 Yikes. That was my first reaction when I heard the news on the radio this morning that over 40 schools across the country had dug up the spirit of Section 28 from its rotting grave, dusted it off and declared it back in action once again. A bit of an understatement I’ll grant you, but it was only 9am and I was yet to have my first coffee of the morning, so forgive me. Now the caffeine’s sunk in, my reaction is more OMG WTF? I mean, I know the 80s are all back in fashion again, but surely this is taking it a step too far…

Growing up gay in this country was tough in the 80s. Yes I know, not as tough as it was in say, Nigeria or in Russia, but I can only go with my experience. Growing up gay in the UK meant a blanket silence on issues of sexuality, on top of the fact that the world at large was still telling you that gay = bad. Everyone who’s growing up needs signposts in their life, role models, something to look up to, to aspire to. Still today, we struggle to see positive representations of lesbians in most mediums, but in the 80s the only dykes you ever saw on telly had mullets and were fixing motorbikes. I don’t drive or go to SuperCuts, so it made me question my sexuality – had I got this right?

Section 28 made things worse. Imagine, in school, if in sex education classes you’d been told that most people will turn out to be straight, but some people will be gay and that’s all dandy. It won’t affect anything else in your lives, it’s purely the difference between fancying one person rather than another. That gay and straight people are equal and able to do exactly the same things. Imagine. Instead, my catholic school sex education classes consisted of some pencil drawings of men and women who wanted to be missionaries (or something), followed by our very uncomfortable science teacher telling us that the best form of contraception was “No!” Class dismissed. Hmmm.

I know that things are different today because I have eyes and ears in my head and I have hope in the future. I also have teacher friends who tell me that they have out gay students who are 14, 15. This makes me gasp – I can’t imagine being out at that age, even though I knew I was gay. But because society is changing and attitudes are creaking slowly in the right direction, perhaps more gay teenagers won’t feel the pressure to have an opposite-sex partner and won’t spend their teenage years fuelled with emotional anger they can’t quite work out.

But this won’t happen if schools revert to the dark ages and don’t discuss life – besides, schools never ‘promoted’ homosexuality anyway. What the scrapping of Section 28 allowed was the discussion of all ways of life, straight and gay – telling kids that it’s cool to live their lives as either, that both are equal. This is turn promotes tolerance, patience, understanding. Because let’s be straight (pun intended): even with Section 28 abolished, being gay isn’t the easy way, the favoured way. Far from it. But being gay isn’t a choice. It’s like being French: either you are or you’re not. End of story. So let’s hope that the Tory government wakes up and drags these schools back into the 21st century quick smart.