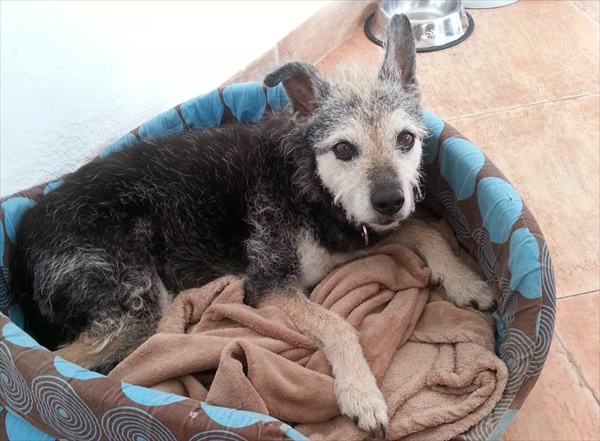 I’m not a dog person, which is a statement that will surprise nobody who knows me. I view most dogs as killing machines – yes, even the cute ickle ones with professor-style beards. Even sausage dogs. I read Clare Balding’s dog-infested autobiography last year with something approaching wonder, her doggy commitment showing no bounds. But dogs and me don’t mix, making an unhappy cocktail with no amount of stray hair floating on the surface. Lately though, I’m reluctantly having to don my doggy wings as a slew of my friends add a mutt to their family albums…

I’ve always viewed the term ‘four-legged friend’ as an oxymoron: dogs have never been my pals. In contrast, when I think about dogs what springs to mind is them biting me (never happened), mauling me (ditto), pooing on my doorstep (I managed not to step in it) and incessant barking (that bloody poodle nextdoor). Sure, I like watching Crufts, but that’s mainly to hear them say ‘bitch’ on TV without chuckling. However, now that my sister and most of my best friends have dogs, I can’t avoid them: everywhere I turn there’s a pooch panting stupidly at me. I can’t fight the doggy onslaught any more than I can fight the moonlight, so the only answer is to give in and embrace them. Not literally of course – they might bite me.

We recently visited friends in southern Spain, lapping up the late summer sun, San Miguel and paella. They planned a two-day trip during our stay and asked if we’d mind looking after their dog Lola while they were gone. I didn’t mind at all because Lola, like most dogs I’ve encountered, is an endearingly sweet hound. It’s just odd, people asking me to mind their dog. I’m no Cesar Milan after all. Luckily, my girlfriend was there to fill that role.

When our friends drove off, Lola the dog was nervy at being left in the company of strangers – would we be up to the challenge of providing food, drink and sparkling repartee? I could understand her reticence. The food I could handle – open pack, put in bowl. Water, ditto. But the acid test came just after dinner when Lola put her front paws in my lap and leaned in, rubbing her patchy fur into me. “Stroke me!” she screamed. “Love me!” I patted my hand gingerly on the top of her tufty head. In return she licked my right breast.

The next morning, Lola positively beamed at me as I came down for breakfast, sitting by my flip-flops as I put them on, following me to the kettle, looking upwards with hangdog eyes. Within the space of two days I was chatting to the dog as I made tea, stroking her by the pool, asking her what was the matter when she barked. If I didn’t hear the patter of paws I looked for where she was. At 5pm when I filled her bowl with food she wagged her tail lovingly.

When I was writing she sat heavy breathing at my feet, the unmistakable perfume of hot dog rising up into my nostrils – but still I wasn’t put off. Lola and I had a love-in, reassessing our preconceptions of each other hourly – she had some funny ideas about Essex girls but I set her right. Now I just have to hope that the rest of my mates don’t read this and expect a dog-sitting service any time soon.