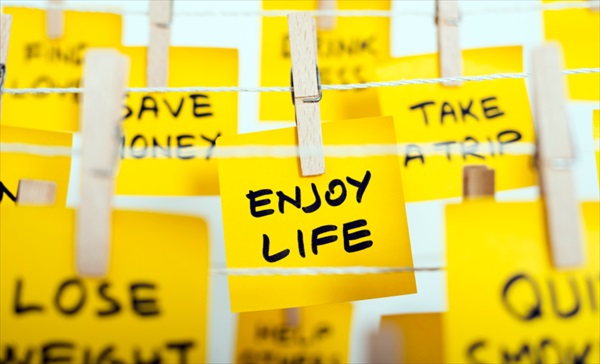 It’s January 3rd already. I know, the year’s just flying by isn’t it? So how many of your New Year’s resolutions have you stuck to so far? All of them? None of them? Didn’t make any? I’m sat squarely in the final category but maybe I could be persuaded to change that if I could think of some really top-notch resolutions that would truly change the world. Well, my world at least. Here goes…

I’ve been on this planet long enough to know that procrastinating is a skill I’m insanely good at. So this year, instead of getting annoyed with my skill I’m going to embrace it, showcase it, care for it. Procrastination needs love too.

2 – Buy tubs of Celebrations all year round

What’s the best bit of Christmas? The tree? Twinkly lights? Presents? Mulled wine? Well yes, all of them. But for me the standout thing about yuletide is that everywhere you go – your house, work, hairdressers, chiropodist, Waitrose customer services – they all, without fail, have a tub of Celebrations for you to help yourself from. It’s a free chocolate holiday that can easily be extended all year round! Whaddaya say?

Do you remember a time when you didn’t check your smartphone every five minutes for a text or tweet? No, me neither. The upshot is that we’re constantly wired on a junk food diet of social media and our brains never get a chance to rest, reset, conjure up original thoughts. So let’s make 2014 the year we put down the smartphone and let in some fresh air. She says, frantically checking her smartphone…

I bought a new winter jacket two years ago. The buttons popped off one by one over the following week which did wonders for my self esteem. I sewed the buttons back on. They duly all popped off again. When they did I bought a whole new set of buttons. These are now popping off one by one. In conclusion, seeing as I’m not getting any bigger I seem to have bought a button-hating coat. Time for something new. Or perhaps some velcro.

I read a ton of books in 2013, some fabulous, some average, some inbetween. Special mention should go to JoJo Moyes and her truly wonderful The Girl You Left Behind, as well as Nick Alexander and his thoroughly enjoyable 50 Reasons series and The Case Of The Missing Boyfriend. It was also the year that I was exposed to a whole new world of lesbian fiction and met some of its authors too. Here’s to more of that this year!

6 – Go to the cinema more than twice

I don’t like the cinema. It’s full of people eating noisily, drinking slurpily and sitting too close to me. I do like some films though. However, this year I went to see a handful of movies that were worth the effort (Before Midnight, Blue Is The Warmest Colour, er, some others that I forget) and it made me think that I should go to the cinema more often. I might try that.

This might seem obvious but it’s very poignant. Keeping up this blog takes time and energy but I love every minute and it’s well worth it. If you’re reading this, thanks for stopping by. Plus, I might even publish a novel. You never know. And maybe even write another.

What? Everybody knows that 2014 is all about standout florals and midi skater skirts. Like, duh.

I’ve said this every year for the past five. But 2014 is the year that I will learn to put on make-up. This has to happen. I do not want to be bright pink in my wedding photos, okay?

I’m not very good at this. I’m going to try to get better.