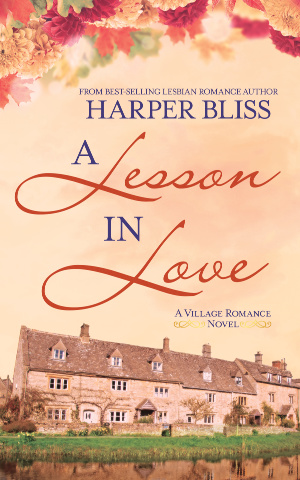 Can The Posh Student Win The Uptight Professor?

Helen Swift is almost fifty and tired of her day job as a professor at Oxford University. She prefers to write cozy mysteries under a well-hidden pen name in her Cotswolds cottage. She’s also far too busy to even consider romance.

Posh girl, Victoria ‘Rory’ Carlisle, is over the moon when she snags Helen as her DPhil supervisor, and not only because of Professor Swift’s academic prowess. Rory takes an instant shine to Helen, who is far from charmed by her advances.

Can Rory make a dent in the wall that Helen has built around herself? And does Helen even have the time for such an inappropriate dalliance?

Best-selling lesbian fiction author Harper Bliss is back with one of her trademark age-gap romances! It’s part of The Village Romance series which features books by lesfic favourites T.B. Markinson (A Shot at Love), and Clare Lydon (A Taste of Love).