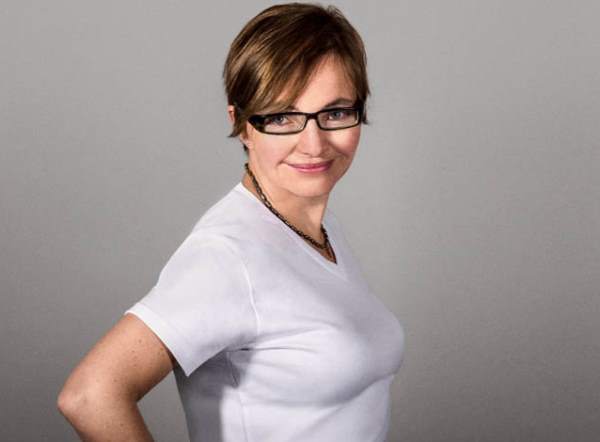 So here you are at the About section of my website. You’re clearly keen to find out more about me. Your wish is my command. Here are 21 things about me…

1: I’ve always been a storyteller. When I was six, I was the weird kid walking around the playground making up stories in my head. When I got a Swing Ball at the age of 11, I spent hours in the garden smacking the tethered ball and concocting tales. But I never expected to become a full-time, honest-to-goodness author. I still wake up surprised most days.

2: In the last decade I’ve taken up yoga and meditation. Nobody is more surprised about this than me. It’s only a matter of time before I join a choir and take up cross-stitch, isn’t it?

3: It took me five years to write my first novel, London Calling. Another year to submit it to a publisher, get rejected, learn about self-publishing and finally have the guts to hit the publish button. But that one action propelled my life into a new and fabulous direction. Action drives change.

4: Of all the cities in the whole wide world, London is still my favourite. I have a soft spot for Auckland, Chicago, Paris and Berlin. But London is where I always wanted to live as a child, and it never disappoints. Wherever I go, my heart will always be here.

5: I don’t believe in writer’s block. Sure, I have some days where the writing is harder to get done, but that’s like any job. If you’re stuck, it probably means you haven’t done enough research or plotting. A lot of people think creativity thrives in chaos; I think it thrives far better in calm, ordered serenity. That’s not to say my life is always like that, but it’s what I strive for.

6: If I was a boy my parents were going to call me Philip. I’d have made a great Phil. They were also considering Judith for a girl, which would have been way cooler than Clare, the name of half the girls in my class. “Hey, Jude!” is way better than “Hey, Clare!”, innit?

7: I first stumbled across lesbian fiction while staying in a hostel in Christchurch, New Zealand. They had a book in their communal library, and I was amazed – finally, stories I could actually relate to. Can I remember who it was by and what it was called? Nope.

8: In my previous life as a music journalist, I interviewed many pop stars including Bananarama, Bruno Mars, Kanye West, Keane, Steps and Nora Jones. When I interviewed Boy George, I told him how my mum accused me of “jumping on his bandwagon” when I came out. His reply? “I had a bandwagon?!”

9: I host two podcasts. The first, The Lesbian Book Club, is hosted on The Lesbian Lounge and is a monthly chat with another author, as well as a round-up of lesfic news. The second, Lesbians Who Write, draws back the curtain on the writers’ life as myself and co-host TB Markinson chat all things writing and lesbian fiction. Subscribe on your podcast app today!

10: I’ve always been a pop tart and was utterly bereft when Take That split up in the 90s. I took the One Direction split way better, proving a certain maturity on my part. Still waiting for Justin Bieber to split up, mind.

11: I did my first co-write in 2018 with Harper Bliss on our novel, Once Upon A Princess. I went into it petrified, but it was one of the best experiences of my author career. Writing with someone else created unstoppable momentum and sharing the experience was fun, too. Plus, it proved that 1+1 = far more than 2.

12: If you visit my hometown of Southend, I suggest you walk down the pier because it’s the longest in the world at one mile and a third. You could take the train, but it only takes 30 minutes to walk it. Think of the steps. Plus, you might even see Jamie Oliver in his cafe. There’s a shop at the end and everything.

13: When I wrote You’re My Kind, I’d just experienced my first friend dying. Death is a part of life, but it was still a shock. Writing the book helped me make sense of my feelings, and I dedicated the book to Marc. How he’d laugh at having a lesbian romance book dedicated to him!

14: My karaoke songs are Teenage Dirtbag, Footloose, A Little Respect and Top Of The World. I’m from a family of singers, and I’ve never met a mic I don’t like.

15: If I could go back and give my younger self some writing advice, it would be to do it now. Don’t wait for some day. The only thing holding me back was a lack of knowledge and self-doubt. But you can learn what you need to know, and self-doubt is on-going. It never goes away, you just learn to live with it. The key thing is to sit down and write the book that’s inside you. Then do it again. And again.

17: I started writing the London Romance series because I wanted to read stories about the lesbians I knew. I hope I’ve captured the zeitgeist of London in the 21st century, and readers tell me they can see themselves in the characters, which I love. The London Romance series has been described as “The L Word, set in London.” I’ll take that.

18: I love chocolate, but not chocolate ice cream, chocolate cake or chocolate-flavoured anything. Plus, I favour cheap, chemical-laden chocolate like Cadbury’s or Galaxy over the rich, Belgian kind. What can I say? I’m a cheap date.

19: Razor-sharp British wit is my USP as a writer. My books contain characters with flaws: they say the wrong thing, drink too much, have regrets, and learn as they go. My books also come with a cast-iron guarantee: humour and a happy ever after. You have my word.

21: Writing stories of lesbian lives is a huge honour and privilege. I’m not going to get all gushy here, but when I was growing up, lesbian romance was hard to find. Now, it’s available at the touch of a button. Representation has never been more vital, and I’m proud to play a part. Keep reading, and I’ll keep writing.

Thanks for being here, supporting my work and buying my books. You make it possible for me to do my dream job. You really are the best. 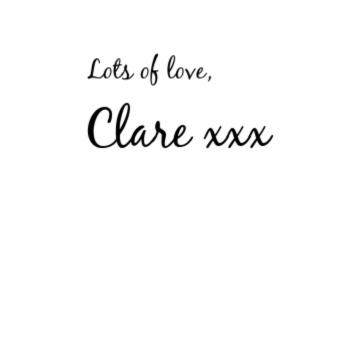