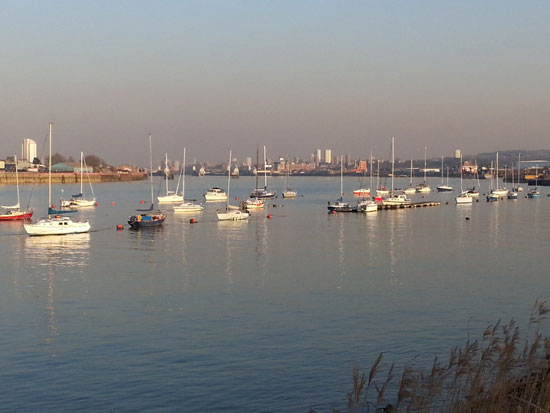 When I tell people that I live in Greenwich, it invariably gets a favourable response. People like Greenwich. It’s green, it’s old, it’s by the river. They recently filmed a great swathe of the film Les Miserables here, it’s a favourite spot for pop videos and it’s where time begins and ends. In short, it’s considered way better than living in nearby Deptford…

But if you tire of the swish wine bars, the boutiques, the Royal Observatory and obscenely massive park, skip on past the Cutty Sark and carry on down the river. Past The Trafalgar, past the cupcake school and head along the Thames Path to where it ends – the Thames Barrier. And it’s then that you stumble into industrial Greenwich, which in its own sweet way has nearly as much to offer as the Big Ship and Greenwich Market.

I love this part Greenwich but it wasn’t always thus. When I moved here, my initial thoughts were that it was an eyesore, a stain on the river. Huge, identikit blocks of white flats with miniature balconies sitting alongside imposing industrial works spitting out sand and dust 24/7. This wasn’t the picture-postcard Greenwich that everyone knows and loves by any stretch of the imagination – but this has its plus sides.

Because Greenwich draws tourists and crowds. The Cutty Sark, the Royal Park & Observatory, the foot tunnel and Market all mean swarming masses of tourists. Whereas when you walk along the Thames Path towards the 02 and beyond, sometimes you don’t see another soul. It’s just you and the sunshine on the sandy pathway, the water shimmering alongside you, willing you on to ensured tranquillity. 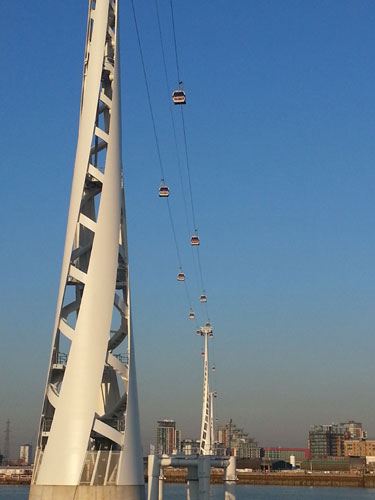 I recently walked from my house in East Greenwich to the Thames Barrier. I joined the Thames Path at the O2, pausing to gaze at the smoothly impressive cable car transporting people up and over the river in the blink of an eye. Against the baby blue sky the cars looked tiny, the towering structures standing tall in their support. I turned and walked briskly along the walkway, slaloming past the Ecology Park office and past the Greenwich Yacht Club. GYC always flutters in the breeze, all sails, creaking wood and reflective glass.

But once past the Yacht Club, you leave behind any straggling O2 tourists – from here on in, it’s minimal others and often nobody at all. On this day, I passed two dog walkers, one cyclist and two workmen smoking. In 30 minutes of walking. In London. It’s unheard of. Being given such space and such solitude is dazzling, especially when the sun was so bright, the sky so blue, the water slapping against the river wall below. I could hear the crunch of gravel and sand under my feet and see the industrial landscape spread out ahead; diggers dug and chutes rumbled in the glinting sunlight.

I walked past the sandplant where I nodded at the smoking workmen in their big rubber boots, luminous orange vests and hardhats. Past the industrial offices apparently deserted. Down the lane, walking briskly past the tall iron fences and tumbling sand. All the while the river ran alongside me like an obedient puppy, wagging its tail as I drank it in. It was smooth and charming, winking at me. The river knows that I’m a sucker for it and today it was working it, girlfriend.

I could feel the sun’s heat on my neck as I continued on towards the Hope & Anchor pub that marks the last part of the path leading up to the Thames Barrier. An old-school boozer that runs non-stop riverside bbqs throughout the summer, it still had a few sun-worshippers outside even in February, drinking in the winter sun along with the cheap lager. I smiled at the cyclist who whizzed past in the opposite direction and pressed on, seeing the Thames Barrier in full now, oozing metallic assurance. Like some space age structure, it saves London from being flooded every week of every year, something that’s now more necessary than ever. Tugs and a couple of other clunky craft were cruising this part of the river, but the pleasure boats that are moored by the O2 and GYC were no more. It’s all function and serious business down this part of the river. 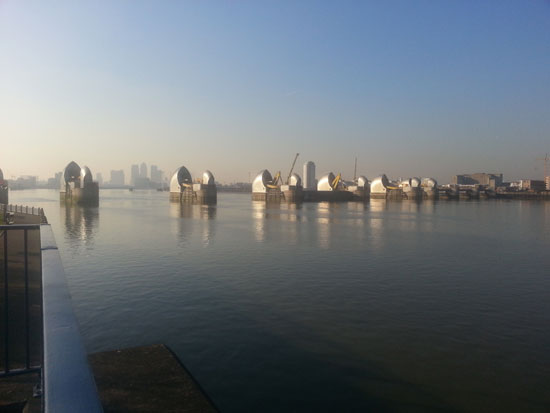 I removed my gloves in the heat and checked my phone for messages but it was as empty as the pathway. I smiled. The roar of a nearby gokart track turned my head right from the river, but only for a few seconds. Then it was back to staring beyond the calm flat water, beyond the Thames Barrier, over to Woolwich and its ferry, towards the industrial thunder ahead. I turned back and focused on the gentle rhythm of the river and viewed London from the east – the O2, Canary Wharf, the cablecar, Greenwich.

I was in London, yet there was nobody around. I was by the river in the sunshine, alone. Sure, there might be a whole lot more metal this end of the river, but it’s pretty in its own way. Greenwich has many charms and this is one of its best-kept secrets.