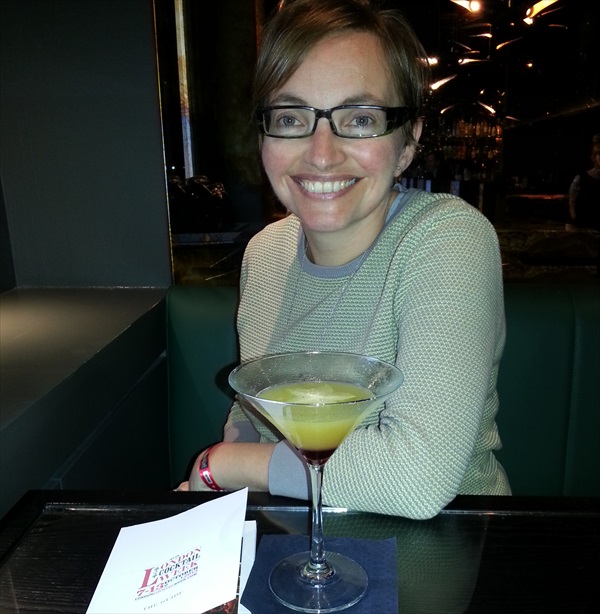 What better way to follow up my ill-advised juice diet than with London Cocktail Week? It’s still juice but now with added zing! Seven shakin’ days where you get to hop around the capital’s participating bars drinking their signature cut-price cocktails – I didn’t need a second invitation. So on Wednesday I cleared my schedule, wrote ‘drinking posh drinks’ in big red letters on my calendar, strapped on my LCW wristband and got ready to slurp…

Our plan of attack was thus: first Covent Garden, second Soho and then if we could still focus, praps Shoreditch. We warmed up with some lunges and squats at Waterloo station and we were off…

This art deco-styled bar oozed glamour and was the perfect place to kick off our cocktail crawl. The Hollywood Star arrived in a martini glass and accelerated our path to type 2 diabetes with its pineapple sweetness – but still a classy drink in a classy joint.

Next up was this underground bar, all Gallic charm lifted direct from ‘Allo ‘Allo. We plonked down in our wooden chairs while a foxy lady behind the bar served up our Foxy Lady in a glass which turned out to be gin with strawberries and spicy balsamic. Yep, you read that right – those cocktail wags…

Bar Two Point Five: As we passed LCW HQ in Seven Dials, a lovely lady gave us a free mini Espresso Martini. I fell a little bit in love.

For our third cocktail we plunged beneath New Oxford Street and were served up Christmas in a glass, a cinnamon & cardamon-infused concoction. On the downside this wasn’t mixed fresh and was so sweet it made my eyeballs spin. On the upside, we did get some free chips so all was not lost.

At Seven Dials we headed downstairs again to Detroit, a laidback & louche ode to booze. All slimline walls and sleek low lighting the cocktail lived up to its surroundings, a sweet & sour fruity hit served up by beautiful people. I briefly considered moving there permanently.

Bar Four Point Five: Outside Detroit, a man in a van plied us with free Italian liqueur Averna. It tasted deliciously cost-effective. 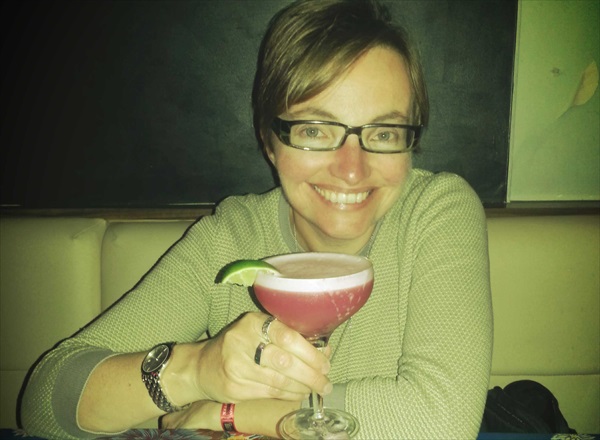 Why are so many cocktail bars underground? Discuss. Under Brewer Street we got served our best cocktail of the night – the house signature pink drink, the Pink Chihuahua. Top marks for the drinks, less so for the sticky plastic tablecloth. We left with broad smiles and a tequila glaze.

Hallelujah, a ground floor bar! With the volume turned up we plunged through the crowd to grasp our Hanky Pankys: heavy on the gin with a dab of orange it was a short sharp shock to the system. We chinked our massive glasses and grinned before swallowing down a tiny bit of sick – a bit too heavy on the gin then. We took a pit stop for food to level the playing field.

Bar Seven: Mahiki Cocktail: Model’s own Tipsy-o-meter: I had an in-depth conversation with a pirate

To finish off the evening we decided on the after-party at Mahiki, a tropically themed Mayfair club famous for its royal connections. We shunned the LCW cocktail because it contained Blue Curacao and we weren’t that drunk. We were ushered in by a man who claimed to be a pirate but later confided (in pirate speak) that he actually lived in Mile End. We spent the next hour laughing at the price of people’s bar bills, sunk a couple of cocktails and staggered out into the night air. A tube, a bus and we were home.

London Cocktail Week then: tick. Eleven different spirits sampled across seven bars resulting in one gigantic headache the following morning: tick, tickety tick! We never did make it to Shoreditch though but there’s always tonight…