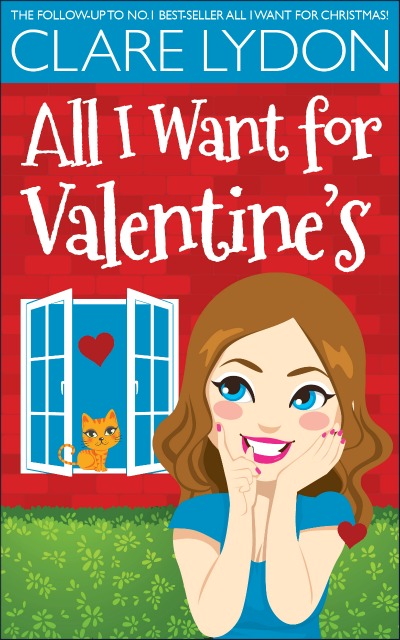 In my previous post about what I learned in 2015, I wrote about writing more books. Last year, I wrote two from start to finish, so this year, why not try for more? So this January, I’ve put my money where my mouth is and I’ve decided to write a new lesbian romance series, based on Tori & Holly, stars of All I Want For Christmas. I couldn’t let Tori & Holly go, so I decided I didn’t have to. So this blog is to let you know that my new book, All I Want For Valentine’s, is due out on January 29th – and expect more throughout the year!

To say I’m super excited about this would be an understatement. I’m cockahoop! My series of shorter lesbian romance books will follow Tori & Holly as they make their way through their first year. I’ll be writing their story as the year unfolds, and you can follow their journey, book by book, as their romance blossoms. It’s going to be mega!

But for the Valentine’s story, I’m focusing on the first couple of months of their lives together, post-Christmas. After the celebrations. When real life kicks back in and they have to go back to their jobs and routines. All Tori & Holly want is to bask in their new relationship, get accustomed to being girlfriends, maybe take a mini-break, just the two of them. However, life has other plans…

Just like its predecessor, All I Want For Valentine’s is packed full of British wit, pacy plot and laugh-out-loud dialogue. Get your latest fix of Tori & Holly on January 29th when the new book is released, and you can expect the next instalment within a couple of months!

All I Want For Valentine’s will be released on January 29th, and will be available at Kindle, Kobo, iBooks, Barnes & Noble and most digital outlets!