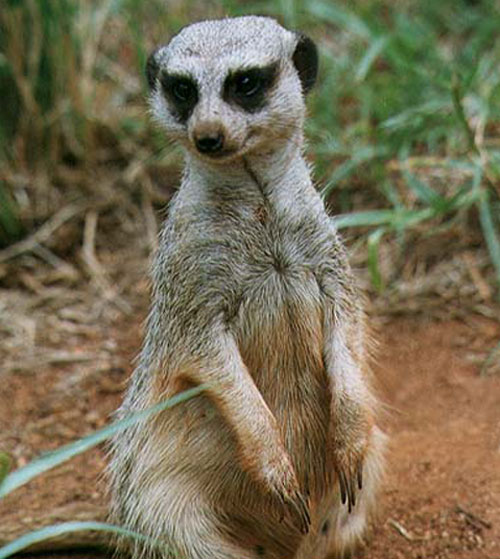 If I had to list a top ten of days out, you can bet my arse and those of at least ten others that going to the zoo wouldn’t be at the top of my list. I see animals as mainly serving two purposes in life: food and for being dressed up in high heels for those comedy greetings cards. Shots of guinea pigs shot-putting always raise a smile too. But the thought of walking around gawping at animals, then gawping at more seems somewhat futile. Plus, I’m a big scaredy-cat, so if a rabbit so much as moves its paw in my direction, I might faint.
So when the love of my life told me that she wanted to go to the zoo for her birthday, I had to swallow my first reaction whole and attempt to look enthused. She didn’t buy it, but at least she knew I cared. And I agreed to go to the zoo – after all, this is her day and it’s my duty to accompany her.

So the day dawned, we hopped on a bus to London Zoo and when we arrived, I realised that it wasn’t the animals I should be concerned about – it was the swathes of schoolchildren forming a warm, flowing river of nylon all around me that should have been my main concern. Being it was the last week of term, all the teachers in every London school had seemingly had the same idea – let’s not teach, let’s go to the zoo! Hurdling the miniature people, as the clock ticked around towards 3 o’clock they gradually disappeared, leaving the ice cream vans and Gorilla Kingdom at our disposal.
First up, we took in some monkeys, all arms, squawks and arseholes. They were followed by what looked like the Guinness Toucan, albeit one possessed by the devil, but we bypassed Bug World for fear I might not make it out alive. I was dragged against my will into the Reptile arena, where I cowered in the hiss of snakes, frogs and bats and nearly did a little wee from fear. Escaping into the aquarium, I was soothed by the fishes and thrilled at seeing Nemo swishing about his tank.
Despite the snakes, I found myself enjoying the day – and this despite the lack of beer. The sun shone and I got to see tigers squinting, penguins chatting, giraffes chewing, llamas sunbathing, pygmy hippos weeing and meerkats doing that thing they do. And being that meerkats constantly look as though they’re being shot for a comedy greetings card, they won my vote hands down. I also found myself strangely drawn to the sloths in the rainforest area, but the gorillas let us down, choosing our visit to sleep soundly.
Who would have thought that I’d actually enjoy a day filled with animals and children? Not I. We departed after three hours knowing that a giraffe’s tongue is about 20 inches long and that gorillas are lazy bastards. Unless they’re trying to eat you of course.