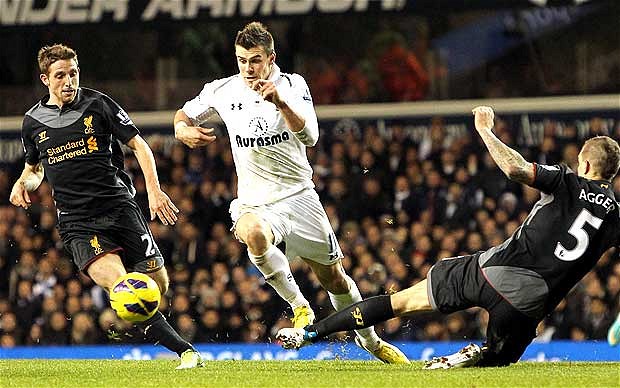 I’ve been a Spurs fan all my life, ever since Hoddle and Waddle were dazzling with their silky skills at the Lane. I bought my first T-shirt aged 10, went to my first match aged 16, even moved to Stoke Newington so I could walk to games. I’ve also been a member at Spurs for the past 12 years. But lately, something’s happened – I’ve developed football inertia, football ennui. Put simply, I’m just not that bothered anymore…

Football is ingrained in my family tree. My nephew nearly turned pro. My family life was always scheduled around games. Sunday lunches were paused for the match, you supported your local team, you sat through dire games (Spurs-Bradford anyone?). But a couple of years ago, I had an epiphany. Football is a rotten game. I mean, I can still appreciate a beautiful pass, a great goal, Gareth Bale. But the game has been ruined by spoilt players, arrogant managers and corrupt legislators – yes, I’m looking at you Sepp Blatter, whose comments and decisions get more incredible by the day, not least the decision to play the 2020 World Cup in the searing heat of Qatar. The game is also riddled with racism, sexism and homophobia, which, as an out and proud ladygay gets harder to take each year. If I’m sitting at a game with homophobic chants ringing in my ears I have to ask myself: “Am I having fun yet?”

I never thought this day would come, but it has. Like Take That and bananas, football has always been a constant in my life, a love that never dies. When my friends and family watch Tottenham they think of me and while I know that our connection, having been fused aged 6, will never be completely severed, I reckon it’s been irrevocably damaged. I spent June and July contemplating whether or not to renew my membership but in the end I did – I couldn’t help myself, it was an involuntary reaction. Plus, what if we win the title this season and I’m not there to see it?

The answer to that question, of course, is that the world would still turn. Life would continue and I’d watch it on the telly. And where in the past I didn’t consider myself a ‘proper’ fan if I didn’t turn up at the stadium, I now think it’s a betrayal to do so if the club and the authorities can’t get their house in order. Because if I turn up, I’m supporting the current corrupt structure and I’m not sure I can live with that anymore.

This year, I think I might do something drastic. Like perhaps, start supporting the Spurs ladies team. Because having watched the Women’s European Championship and seen the Women’s Champions League final live at Stamford Bridge this year, this could be where my future lies. I’m fed up with the men’s game and its riches. I still love the game, but I can’t square the sum of its parts anymore, so perhaps going back to grassroots and supporting women’s football is the way forward. See you on the touchline.