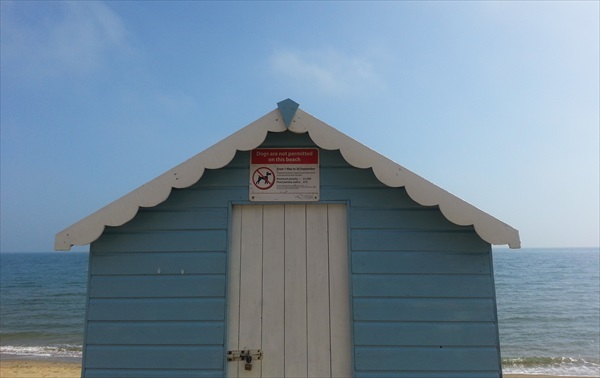 Ever been to the Isle Of Wight? Me neither, until this week. I know someone who married a woman from there (hi Will!) and I knew vaguely where it was (down there) – but that was about it. I’d heard they like to eat ice cream, ride bikes and that the average age is around 75. And even though all of that was true, this city girl still found time to fall in love with the island…

It all started because I got a new Network Railcard. Where’s the furthest we can go on it I wondered? Birmingham, Exeter, the Isle Of Wight. And so the die was cast – Isle Of Wight even involved a ferry, which is kinda like going abroad. I told my girlfriend to brace herself: we were going on an IOW mini-break.

We packed our bags and got the train to Portsmouth, the sun’s rays bouncing off the carriage, coffee sloshing in our hands. Timings were spot-on and we slid from the train onto the ferry, then slipped from the ferry at Ryde Pierhead onto the old London tube train that chugged us down to Shanklin. And that’s when we realised this is England but not as we know it.

You see, the Isle Of Wight holds real England at arm’s length – I wouldn’t say time’s stood still as much as it’s simply dozed off. Traffic, pollution, drunkards, crime – they belong to a different planet. On the island, it’s all about relaxing, kicking back and breathing lung-fulls of wholesome fug-free air. Want to play mini-golf? You’re in luck. Want miles of sandy, deserted beaches? Step this way! Want to dance till the wee small hours? Sorry, the Island’s No.1 nightclub Colonel Bogeys shut down last year due to lack of use. It’s that sort of place. 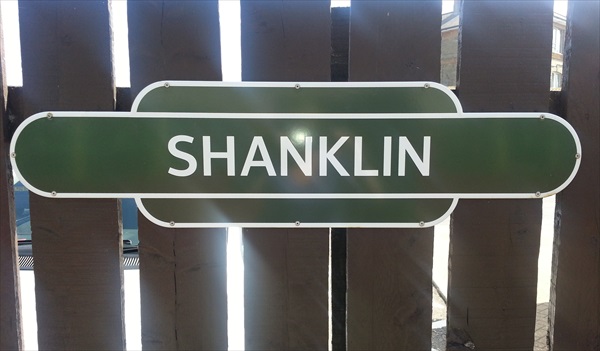 Shanklin is in the south-east of the island, jammed between shabby Sandown and the far hipper Ventnor. It’s a sleepy resort with miniature-sized amusements, 99p 99s and blankets of oak-tinted sand. By day the seafront was splattered with families, golden oldies and the local copper nodding at everyone he met. But after 9pm it all went quiet, restaurants empty, bars deserted. Good job we had the gigantic Channel vista to stare at from our balcony then.

We stayed at the Shoreside Inn which I can’t recommend enough, ate at local hotspot Fine Nammet which again is a must-do. We hiked from Shanklin to Ventnor via Bonchurch, walking further to Smugglers Cove and the Botanical Gardens. We ate fresh crab sandwiches on a sun-flecked terrace, dranked ice-cold Peroni on the seafront, tried to work out if we could buy a holiday cottage by the sea and chill. The pace of life is hypnotic.

My sister went to the island earlier in the year and told me it needed modernising, updating – but I would say that’s part of its charm. We go away to get a fresh viewpoint, a different perspective on living and IOW delivers that in great galloping spadefuls. In only a 20-minute ferry ride you’re transported to milder, less frantic times and life seems suddenly more manageable. Just don’t expect to be able to order a meal after 9pm, OK?