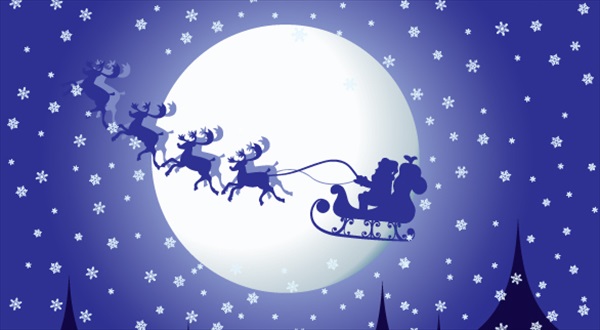 Twas the night before Christmas and all over the land people were scurrying about their kitchen trying to find that spare roll of sellotape to wrap those final presents. Everyone apart from me that is. Why? Because I’m too busy having the perfect Christmas Eve and you could too with a few key adjustments. Here’s how…

Order a takeaway. Look, tomorrow’s Christmas day which means hours slaving over a dried up turkey and some unappetising chipolatas wrapped in manky bacon. If ever there was a day not to cook, this is it.

Mix yourself a Mince Pie Martini. Face it – eggnog is rank and that mulled wine you bought from the Co-Op isn’t conjuring any smiles. Whip up a batch of Mince Pie martinis however and watch the mood lift. Rum, apple juice and mince pie liqueur shaken over ice, served cold. If you haven’t got any mince pie liqueur to hand, simply crush up half a mince pie and add to the liquid. Sure to have the same outcome. Almost.

Go on, open one, pretend you’re in mainland Europe. You’ve been staring at those presents under the tree forever so why wait for just one day to open them? I say spread the present love around. After all, last time I looked there were 12 days of Christmas.

Play some Christmas music REALLY LOUD. If ever there was a time to annoy your neighbours, today is the day. Wham!, Mariah, Band Aid, Slade – it’s all fair game on Christmas Eve. If they complain, just invite them in and offer them a Mince Pie martini.

Watch The Muppet Christmas Carol. When I was at university we did this on the final Friday of the Christmas term and the result was a cinema full of weeping 20 year olds brought to their knees by Kermit and Rizzo. Over 20 years later this is still the only film to watch on Christmas Eve.

Leave some mince pies and sherry out for Santa, then swiftly devour the lot. Remember kids, he’s not real.

See how many Celebrations you can cram into your mouth in one go. My personal record is eight.

Start to prepare the sprouts for tomorrow’s dinner but then have second thoughts and go for peas instead. Your friends and family will thank you.

Think about visiting a Christmas market but change lanes and end up going to your local pub for a festive beer. You could even push the boat out and wear a Santa hat for full comedic effect.

Kiss under the mistletoe. Preferably someone you know but that all depends on the amount of martinis devoured.

No need to thank me. Now go forth and have a fantabulous Christmas! Unless of course you’ve been stranded by one of the many Christmas storms, in which case rush to Iceland and buy a frozen turkey. See above regarding peas and martinis to go with it.