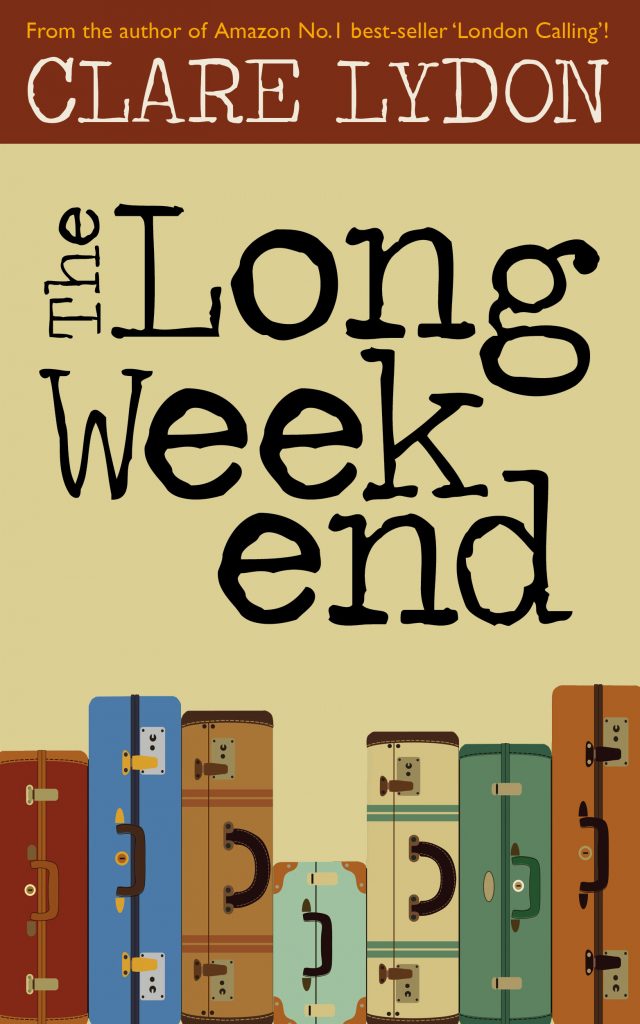 The wait is almost over. Yes, nine months after my debut novel London Calling hit the shelves, it’s now almost time to launch my second book, The Long Weekend. It’s been an amazing nine months where in between organising and getting married, I managed to squeeze in writing this book. Now, after a long gestation period, The Long Weekend is being prepared to be pushed into the world and I’m the original proud parent – tired, sleep-deprived but cock-a-hoop with excitement…

Twenty years since meeting at university, a group of friends rent a house in Devon to celebrate this momentous milestone. Fresh air, sandy beaches and historic friendships – what could possibly go wrong?

The catch is, university sweethearts Vic & Stevie are on the rocks, their three-year marriage floundering. Meanwhile, single CID sergeant Geri can’t wait to get away from the London lesbian scene and spend four days with friends. Tash & Laura have downed responsibilities & kids for the weekend and are ready for some fun; while Kat & Abby’s combustible relationship looks set to ignite at any second. And then there’s Stu and his boyfriend Darren who bring their own baggage.

Add in secrets & lies, simmering tension and no shortage of wine and you’ve got all the ingredients for a rollercoaster ride of a long weekend…

I love a strong drama, so for my second book I thought I’d create one bursting with lesbians. Book two is a drama-filled weekend flecked with humour, featuring a bunch of old friends simultaneously revelling in each other and bringing out each other’s worst attributes. It’s packed to the rafters with tension, romance, fine food and arguments, all set against the backdrop of a sparkling Devon coastline.

The Long Weekend has been described by my first readers as current, sexy, relatable and realistic, which are all awesome words. I hope everyone who reads the book agrees with those descriptions and finds it enjoyable too.

I’ve had a blast writing The Long Weekend and can’t wait for you to meet the characters too. I’ll be posting the first couple of chapters to whet your appetite next week, so stay tuned.

Clare Lydon’s new novel The Long Weekend is due out in November. Watch this space for more updates as to the exact launch date! If you want to ensure you’re up to date, subscribe to this blog and never miss another post. Sign up with your email address in the box on the right, or if you’re on a mobile, scroll to the end to do the same. Easy as.