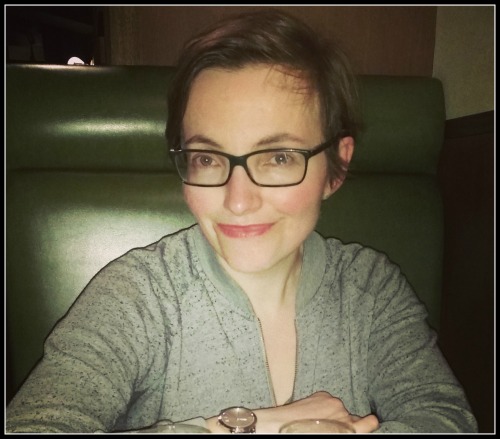 Whether you’ve read one of my books or all of my books, here’s some things you should know about me…

I was made redundant in 2013 and when I was let go, my old job gave me a chunk of money. I decided not to blow it all on a holiday to Vegas, but instead to make it last and finish that book I had in my drawer. That book was London Calling, my debut lesbian romance, which I self-published in 2014 and it’s since gone on to sell more than 10,000 copies. The motto? If you take a gamble on your dreams, it might pay off bigger than a trip to Vegas. Unless you’re crazy-lucky at Roulette, like my sister.

I’m an Essex girl, and proud of that fact. As a lesbian with a penchant for Champagne, I don’t quite fit the stereotype – but then again, neither do most of my friends and family. I’m from Leigh-On-Sea, and three miles down the coast is Southend, home to the longest pier in the world at one mile and a third. If you visit, take a walk down it. There’s a shop at the end and everything.

I’m an avid fan of Tottenham Hotspurs, and have been since I was six and fell in love with Steve Perryman. I think I was more in love with their style of play and their kit than Steve himself, but whatever, the die was cast. I now spend far too much time worrying about their fortunes, and go to a bunch of home games every season, eat terrible pies, watch through my fingers and swear constantly. It’s almost enjoyable.

I always wanted to be an author, so I’m doing my dream job.  And I know it’s important and worthwhile, because every day, I get emails from readers telling me my books have helped them come out and come to terms with who they are. Seeing yourself and your life reflected back at you in the pages of books and on TV screens is so important, and something mainstream society takes for granted. I never forget how I felt when I read my first lesbian book, and it’s an honour to be able to make a positive impact on someone else’s life with my stories.

Before I was an author, I was a music journalist for six years, living out my Smash Hits dream. I once interviewed Bananarama, them in front of the camera, me behind asking the questions. At the end, I asked if they’d give me a chorus of Venus, replete with dance moves – they readily agreed. I was thrilled and got the recording back to the edit suite, only to realise it’d been ruined by some idiot behind the camera joining in with the singing. That idiot was me.

I’m a karaoke demon, trained from many years of family parties where having a party song is an absolute must. My karaoke songs are Teenage Dirtbag, Footloose and Copacabana – all three fit the bill of being singalong crowd-pleasers, which is a must for karaoke. But be warned: I don’t share the mic, so please don’t ask.

I’ve written ten books in three years, all of which I’m really proud of. I write chicklit with lesbian leads, and I hope my stories are read by men and women of all sexualities. After all, I’ve read a thousand books with straight leads, so why not the other way around? Most of all, I’d love Richard Curtis to read one and turn it into a movie, with Kristen Stewart and Emma Watson playing the starring roles.

As I get older, I find myself doing things my younger self would have scoffed at. Like jogging, buying jeans from Marks & Spencers and drinking soft drinks in a pub. Who can say what’s next? Yoga? Jam-making? Cross-stitch?

I’m from an Irish Catholic family, the youngest of eight children and I have more relatives than you can shake a stick at. My mum was a fantastic baker in her day, and I’ve recently taken up her mantle. I’ve mastered banana cake, sourdough, cheesecake and gingerbread muffins. I’m not quite Bake Off standard and doubt I ever will be, but I find baking incredibly relaxing.

When I was growing up, I knew I was different, but couldn’t put my finger on why. I never dreamt of a big white wedding because I knew it could never happen. But then I met a woman, fell deeply in love, the marriage law changed – and so did my world. In May 2014, my wife and I tied the knot in front of our family and friends, a day I never thought possible. People are sometimes blasé about marriage equality, but our wedding was everything I never imagined it to be – and it meant the world.

My next book, A Girl Called London, is due out in June.