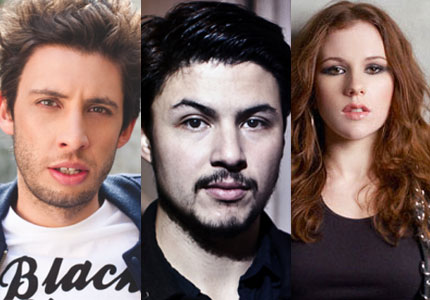 Farewell then, 2011. You had your moments, but it’s time to move on now. Chop chop. And yes, I know I’m a little late with my Best Albums list, but blame Christmas and all those delicious mince pies and mulled wine that fogged my brain. So what did the past 12 months bring? Musical highs and musical lows. I don’t reckon 2011 was a vintage year for music, but here are my top picks of the past 12 months…

Two of hip-hop’s royalty pairing up to produce a rat-a-tat machine-gun of an album? Don’t mind if we do. We loved this effort from the start, apart from that one with the annoying Otis Redding sample which we skip EVERY SINGLE TIME. Don’t do that again, boys.

Pointy, scratchy songs that could have someone’s eye out, this long-player doesn’t hit the heights all the time but it’s well worth a jump-on, jump-off kinda trip. Far from the electro-pop of their first few outings, this is a far more horizontal effort and includes some sunshine hits in the form of The Look and The Bay.

Fluid, post-modern tunes with no tune – welcome to the avante-garde world of New Yorkers, Gang Gang Dance. Wonky pop then, if you will, with some moments that had our brains spinning on an off-kilter axis. Yet through the smoky noise, we raised an eyebrow to the mash-up of synths, vocals and no little love. Persistence pays off, you see.

Could Atmosphere top 2008’s enormous When Life Gives You Lemons You Paint That Sh*t Gold? Of course not. But even though The Family Sign is a whole lot more downbeat, it’s still beautifully melancholic and shot through with Slug’s mesmeric vocals – listen up, newbies. Atmosphere have been at this a while now, so they know their way around a tune. Witness them roll out then, covering cheery topics like domestic abuse and parental letdowns, to name but two. To be honest though, Slug could rap about lettuce and we’d still be all ears. Simply irresistable.

Including one of our songs of the year in Hawaiian Air, Friendly Fires built on their cracking debut with a solid second album full of wave-your-hands-in-the-air moments as well as those of face-splitting joy. Everybody ready to go dance in a field with glow-sticks in your pocket? Let’s go.

Were The Vaccines one of the best groups to emerge in 2011? The jury’s still out, but their style of baudy, brash indie pop was something we’d forgotten existed. Sure, four boys with guitars ain’t nothing new, but they swung their axes with panache, dug out their gritty choruses with gusto and made indie pop fun again. Fun, remember that, Brother? We expected very little from The Vaccines but the witty Post Break-Up Sex was worth the entrance fee alone.

Just before her game-changing performance at 2011’s Brit Awards, Adele said she was nervous, “being sandwiched between Take That and Rihanna”. She needn’t have worried. Her Brits performance of Someone Like You altered her career and sent sales of her already-phenomenal album 21 through the roof – by the end of 2011, Adele was the biggest-selling artist of the century. With the charts over-run with meme pop, Adele’s approach of writing a batch of songs, then leaving for a couple of months in a marinade of classic singer-songwriter was a refreshing change – not least the corking singles of Rolling In The Deep, Someone Like You and Fire To The Rain. Let’s hope she recovers from her poorly throat in 2012.

The prize for the most current album in the list goes to Katy B, mashing up doses of dub-step, drum ‘n’ bass, garage, house and rave with a dash of pop. Katy is clearly on a mission to slap the charts clean in the face – and like Mike Skinner before her, she does it with humour and no little talent. Singles like On A Mission and Lights Out (featuring Ms Dynamite) make you want to dance and Katy makes a fearsome tour guide of the London clubbing scene, painting a realistic picture with some bang-up tunes. Mission complete.

2. Example – Playing In The Shadows

Elliott Greave probably never imagined it when the year began, but 2011 truly was his year. His third album took his brand of hip-pop into the mainstream – helped along by brethren like Tinie Tempah and Professor Green – and established him as a major chart force with bold, telescopic choruses and widescreen beats and production that swept up all in their path. Tour de force singles like Changed The Way You Kissed Me and Stay Awake stated his intent but the whole album is packed with colossal, big-picture tunes. We can’t wait for his next album, due out this year or next. 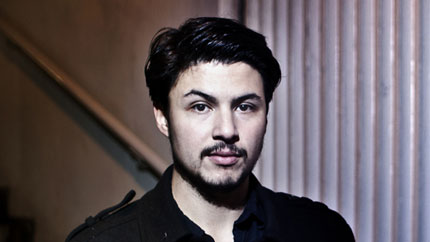 At the beginning of 2011, James Blake and Jamie Woon were two of the names on everyone’s lips – but it’s Jamie Woon’s massively under-rated Mirrorwriting that wins our vote as the standout album of 2011, being the soundtrack to many months in RealMusic Towers. Chilled, emotive and ethereal, it ripples with laid-back grooves, demanding repeated listens as each track sinks deeper into your bones. Woon conjures up a heady mix of blues, electronica and soul, layering it all with his searching vocals that peer out of the shadows at every corner. Night Air is an exquisitely haunting track, single Lady Luck is equally majestic and the dusky sound of Spirits can only uplift, ladies and gentlemen. When you’re this talented, lady luck ain’t got nothin’ to do with it.