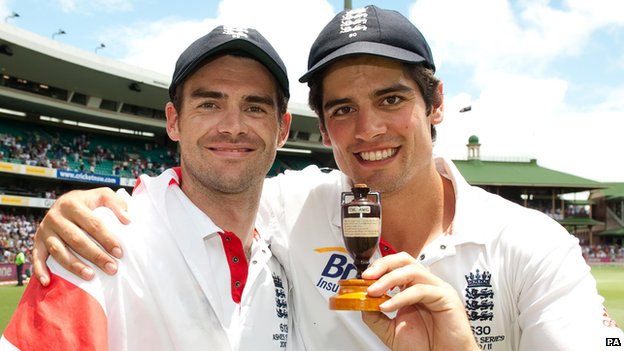 This week I’ve been watching some Ashes cricket – I’m staring at it right now in fact. Currrently England are teetering on collapse – classic test match cricket apparently, keeping it interesting. Or they’ve turned into the England football team, depending on your point of view. Coming into this Australia were apparently a bunch of mugs, with cackling English commentators predicting they might not even make it to day three. Now they’re wondering if England will make it to day three and not looking quite so smug…

But whatever the outcome, what’s piqued my interest watching the test are the commentators and the amount of boozing on show. On the day when the government has backed down on its plans to introduce a minimum price point for units of alcohol, cricket fans have been snapped merrily quaffing wine and beer in the sunshine, Ian ‘Beefy’ Botham congratulating them for getting their booze on so enthusiastically. This morning, Beefy told us that he prefers wine to Shredded Wheat, despite his previous paid endorsements. He also informed us: “It’s that kind of day, a drinking day. So get your wine or beer, sit in the garden and watch the cricket.”

In contrast to Beefy’s machismo on the mic there is Michael Atherton, who really should market his lilting, soothing commentary as a cure for insomnia. He’s the aural equivalent of a cup of Horlicks at bedtime which isn’t great at 11am. I nearly nodded off watching, but it’s good to know he’s carried on his sopoforic form from pitch to commentary box. I’m also impressed with Nasser Hussain’s tactics corner where he takes on the Gary Neville role, fiddling with TV screens, pausing and rewinding, explaining the intracacies of batting straight, across the body or avoiding the inside edge. Despite a lifetime watching cricket I’ve still no idea where mid-wicket or gulley are, but I can guarantee you that by the end of this series I will be fluent in silly mid-off speak, boring friends with run rate talk at regular intervals.

Will England end the series victorious? It’s anybody’s call. But what we know after the first two days is that our batting is a bit crumbly, our bowling can be extravagantly awesome, but that also Australia’s bowlers are some incredible batters. Who needs a top order when your tail is this good? It’s going to be a slug to the end and not quite the whitewash perhaps that everyone was predicting.