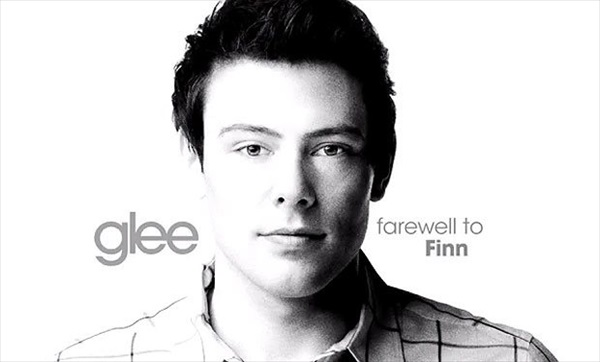 I love Glee. I mean, love Glee. I wish we’d had a Glee club at my Essex school – I would have taken the jibes and slushies in my face every week just to be able to sing and dance my cares away. And this is what Glee is all about – it deals with hard-hitting issues but does so with such humour and a featherlight touch you’re still left feeling upbeat and chipper every time. This week however, Sky screened Glee’s Cory Monteith tribute episode and it was all too real…

After Monteith’s tragic death in July, I’d been wondering how they were going to deal with losing such a key character in the show. Would he go back to the army, would he be phased out or would he simply disappear? But Glee creator Ryan Murphy chose to deal with his death head-on, killing him off in the series too and forcing the rest of the cast to sing farewell to his character Finn Hudson as well as saying goodbye to Cory. How Finn died in the show was never disclosed.

I don’t normally cry at TV but it would have taken a leaden heart not to shed a tear over this episode. This was particularly true when Santana sang The Band Perry’s poignant ‘If I Die Young’; and especially when Rachel – his girlfriend in the show and real-life fiancee Lea Michele – sang a heart-stopping version of Adele’s ‘Make You Feel My Love’. The amount of blurred mascara and candid feeling running through every word and note had you clenching your throat and reaching for the tissues.

Cory Monteith’s death was a tragedy but Glee’s response was a triumph – if a hard one to swallow. The show has revealed that it’s to come to an end next season, with Murphy hastily re-writing the finale because he’d already given that over to the characters of Rachel and Finn. Now he has to write a new ending as does everyone associated with Cory Monteith. RIP.