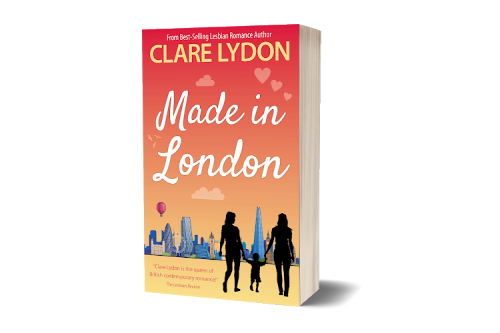 The story of Heidi and Eden is one that came to me quickly, and just seemed right. I wrote the first draft in three weeks, and then massaged it to good health. I hope you enjoy it as much as I enjoyed getting back together with all of the characters, and I hope you’ll be pleased to know it’s not the end of the series.

I haven’t quite decided whose story to pick up next – Lib or India?? – but whoever I choose, it’s going to be a steamy summer story for 2020. Which sounds like a lifetime away, but is, in fact, only 8 months away. I know. What a time to be alive!

I hope you enjoy my latest lesbian romance, and if you are new to the series, I’ve made London Calling free for the next two weeks across all the major platforms: Kindle, Apple, Kobo, Google, Barnes & Noble. So dive in, pick up the first book, and then read your way through the series till the final book, Made In London. That’s six books to devour. So much to soak up and enjoy!

One of my most favourite recent reviews said: “The London Romance series is like The L Word, but set in the UK.” Another review said it was “the lesbian London version of Tales Of The City”. I’ll take both of those! If witty, British lesbian romance is your bag, join in the party and get on board with the London Romance series. You won’t regret it!