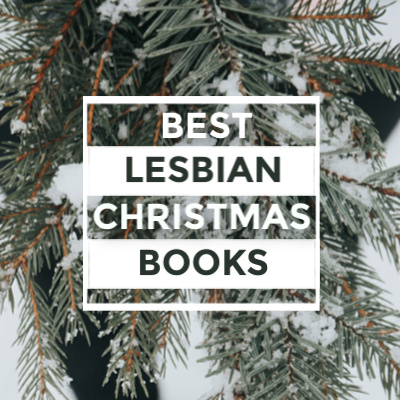 It’s the most wonderful time of the year! Sort of. I mean, 2020 is testing us all. But there is still mulled wine, chocolates and twinkly lights. So let’s run with it. I adore the run-up to Christmas: late November and all of December are my absolute faves, and the thing I love most are Christmas movies. Unexpected snow storm? Tick. Stuck in a picturesque cabin with an impossibly good-looking stranger? Tick. Been summoned home to deal with a family crisis, and whaddayaknow, you bump into your first love? Tick, tickety, tick!

But much as I love Christmas movies, what I wouldn’t give for a few more with two women in the starring romantic roles – and that’s where queer Christmas books come in! Festive stories abound this time of year, so if you want your fix of yuletide love with some women at the helm, step this way. Here are my picks for a lesbian Christmas tale, best served with mulled wine and a Lindt Santa…

First, a disclaimer: although this book is set at Christmas, unlike all the other novels on this list, it’s not all that festive. But what it lacks in festive vibes, it makes up for with a gripping story, beautifully painted characters and a heart-wrenching dilemma for our central pair. 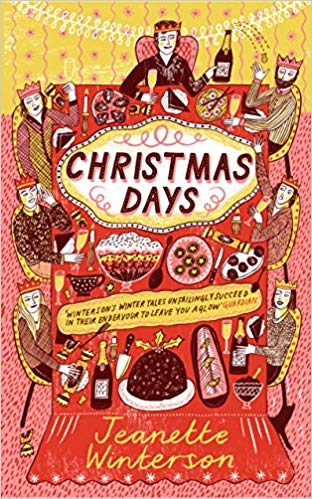 It’s been a while since I read a Jeanette tome. I forgot how good she is. Twelve short stories, twelve recipes. Even the way she describes the recipes makes me smile. Every word is carefully chosen. This book will make you want to bake Mrs Winterson’s mince pies, and fall in love with Jeanette all over again. You can’t ask for much more, whatever the season.

Jae – Under A Falling Star

This is the charming tale of workaholic Dee, and the new girl in the office, Austen.  It involves class, family and love, as well as getting caught naked in a hot tub. And as everyone knows, class + family drama + love = winner! And hot tub sex is always a score too, natch. On top of that, this is by Jae, and I reckon this is her at the top of her romance game. Read it, you won’t regret it!

Finally, I can’t leave my Christmas round-up without a shout out for my own festive books. Christmas In Mistletoe is the story of Fran and Ruby’s journey from enemies to friends to lovers, but also of the ultimate Christmas village and its cast of quirky characters. Fancy some sapphic love in the snow? Step this way.

This is the start of the Tori & Holly series that spanned the whole of 2016. In it, Tori Hammond wants a girlfriend for Christmas, and she gives herself a month to find one. Cue hilarious dates and first loves turning up, until suddenly, a new option opens up. It’s a Christmas romance set in London and it’s guaranteed to warm the cockles of your heart, honest.