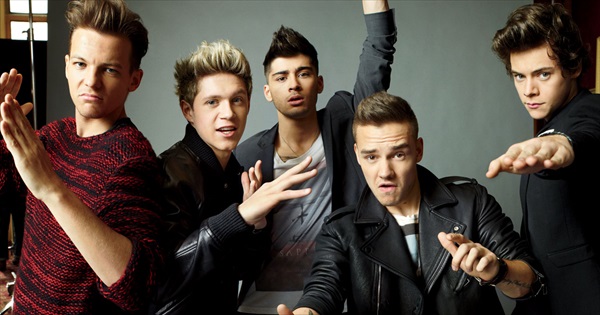 This week, as well as learning not to buy too many Curly Wurlys because the trick-or-treaters might never materialise (dumb kids), my 7 days were also flecked with One Direction (yay!), Angela Merkel, bedroom doom, Spurs and Mercury winner James Blake. Read on, I’ll tell you more…

Mobiles Are Not Safe

Angela Merkel and every leader of the free world has realised this week that barking top-secret stuff down a mobile while you’re shopping in Lidl is perhaps not the way to go. I can’t help but think that if they tapped my phone they’d be really disappointed. “No, I was never missold PPI insurance and I’m sure I told you that last week. Or: “Loo roll, a prawn ring and if they’ve got custard doughnuts on offer, get them.” Or: “I’m on the bus.”

1D Have More Sway On Twitter Than The PM

It is now apparently true that Harry, Zayn, Niall, Liam and the other one have more sway over the populace than our Prime Minister, David Cameron. I did a straw poll to check the validity of this fact and here are my findings. My dad concurred that Liam is his favourite but that he doesn’t follow him. My sister said she preferred Boyzone. My brother-in-law looked puzzled. Clearly the Lydon family are not the general populace.

The favourites for Wednesday night’s Mercury Music Prize were David Bowie and Laura Mvula but the man who won it was James Blake, he of the beepedy-beep electronica. James’s brand of music demands to be listened to in the dark from behind a long fringe, preferably wearing tight jeans you haven’t washed in a week. He’s not the populist choice unlike Mvula whose funky songs pack a real punch. I’m glad Bowie didn’t win but I can’t help but think that Blake is going the way of Speech Debelle and M People. 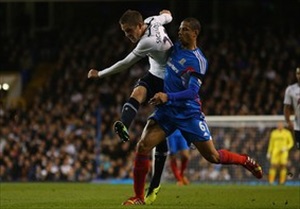 Spurs Can Win A Penalty Shoot-Out!

After 19 years of hurt (count em), Spurs finally won a penalty shoot-out this week against… Hull City. Yay! Put your hands up for AVB! They laboured to kill off spirited opposition in normal time, Harry Kane only just dragging the score back to 2-2 with minutes to spare. The penalty agony dragged on too, with Spurs eventually emerging victorious at a colossal 8-7. Thank goodness we don’t play Hull twice every week eh?

Gadgets In The Bedroom Spell DOOM

That’s D.O.O.M in case you were wondering. A new study (from the society of believable studies or similar) has shown that if you’re constantly attached to your phone/iPad/laptop in the bedroom, your sex life will suffer because you’re too busy uploading selfies to Facebook instead. Go figure. But what about if you’re looking up the karma sutra for some new sex positions eh? Or performing a spot of Twitter foreplay? It’s official, we’re all going to hell in a Skoda.