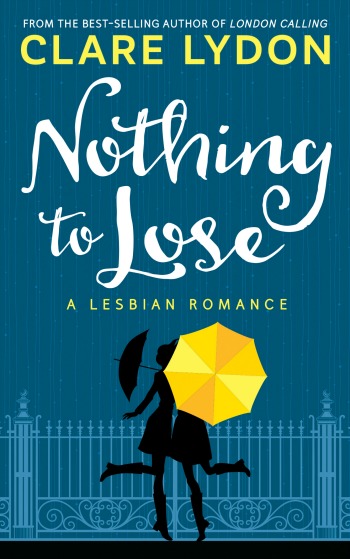 As well as cracking on with the third book in my London Romance series – A Girl Called London – this spring I’ve also been busy auditioning narrators for my best-selling lesbian romance, Nothing To Lose. I’m thrilled to let you all know the book has now been commissioned and should be on the digital shelves by the end of summer – exciting times!

Audio is something I truly love – I listen to podcasts and audiobooks every day when I’m out walking, and I’ve pondered producing audiobooks for some time. However, this year I’ve decided to take the plunge and give one of my books a try, and it’s a process I’m curious to get going.

First up, having consulted some fellow authors who’d been through the process, I decided to use ACX, Amazon’s audio platform to find a narrator. However, choosing a narrator isn’t easy. I knew I wanted a British accent, and a velvety one at that, so I posted my book and waited.

Over the next couple of weeks, I sat through over 20 auditions until I eventually cycled back and chose the first one I heard. Put simply, nobody else sounded as good, and most importantly, nobody else spoke slowly enough. I’ve done some audio recordings and talks, and I know how critical it is to slow down when you’re on the mic. A garbled, sped-through read is a deal-breaker for me, so I went with my first choice.

Narrator chosen, here’s where my trip into the unknown begins. I just sent the script to the narrator yesterday and she’s going to spend the next couple of weeks reading and preparing, until she eventually starts recording mid-May. How will the process work, what are the pitfalls, will it turn out the way I want it to? I hope so, but I guess time will tell. Whatever, it’s going to be a learning process, and hopefully the first of many if this one works out and listeners enjoy it.

I’m really excited to have my books put into audio, because I truly believe audio is the way forward – and with Amazon’s Echo coming on the market, as well as smartphones reaching further and further around the globe, audio is only getting bigger and easier to access. I’ll keep you posted on how the audiobook is coming along, but I hope to have great things to report throughout the next couple of months. I hope you’re as excited as I am!