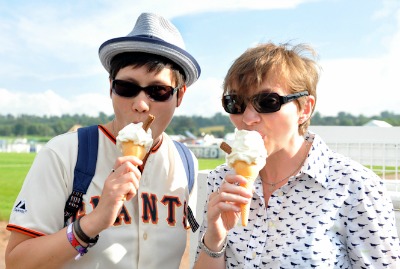 What am I working on? My new novel, Twice In A Lifetime, due later this year. I’ve nearly finished the first edit and I really like it so far. It’s a second-chance romance and it’s set in the USA, in Chicago, the first time I’ve ever set one of my books outside the UK. Doing so was inspired by a trip to Chicago this summer, which I absolutely loved, and now I keep bugging my Chicago friends for details I’ve forgotten. Also, thank goodness for Google maps! I’ve been walking up and down Lake Michigan, the Magnificent Mile, and sailing down the Chicago river.

How’s it going? As it’s a US-set book with US characters, I’m having to change to US spelling, which is proving interesting. I am taking out all my Us and turning my lifts to elevators. I hope I pick up all the details as I go! But I’m pretty happy with this so far. The cover is being done this week, so I hope to give you a sneak peak of that in my next update.

Any weekend plans? Yes, exciting ones! We’re off to my nephew’s wedding in Berkshire, UK, which will be fab. I love a good wedding because I love a good romance, so I’m really looking forward to this. Plus, I’ve heard he’s having steak and chips as his wedding meal, and what’s not to love about that? A man after my own heart, lol. Good food, drink, company & dancing – I’m a terrible dancer, but it doesn’t stop me!

How am I feeling?  This month has been tricky, I’m not going to lie. I’ve launched my first audiobook of Nothing To Lose, which, while being exciting, was nerve-wracking because I’ve never done it before. Being an introvert, I don’t deal with change or newness well, and this has been like learning how to do publishing all over again. However, the good news is that the audiobook has been well received by and large, and that’s been a relief. Now I have to decide whether to do it again!

On top of that, I’ve also been writing my next novel, Twice In A Lifetime, which is my favourite part of the whole process – the initial blurt out of the story (technical term). I’m now editing and seeing all the holes, so that’s not so much fun, but I’m going through it bit by bit and stitching the story together. I was never much good at sewing at school, but with lots of squinting I’m getting this done!

Other notable things: This week, I’ve been on a strict diet with no booze and healthy food (not eating ice cream like the photo of my wife & I, above), mainly due to the focus of getting into my wedding outfit. I’ve been doing a FitBit step challenge, too, but I’m getting some stiff competition from my nieces! After a summer of quaffing wine in our back garden every time the sun comes out (more than usual this year), it’s been strangely okay. We’re breaking the diet this weekend when we go to the wedding, but it’s been a good exercise in self control – and it’s good to know I still have some, lol!