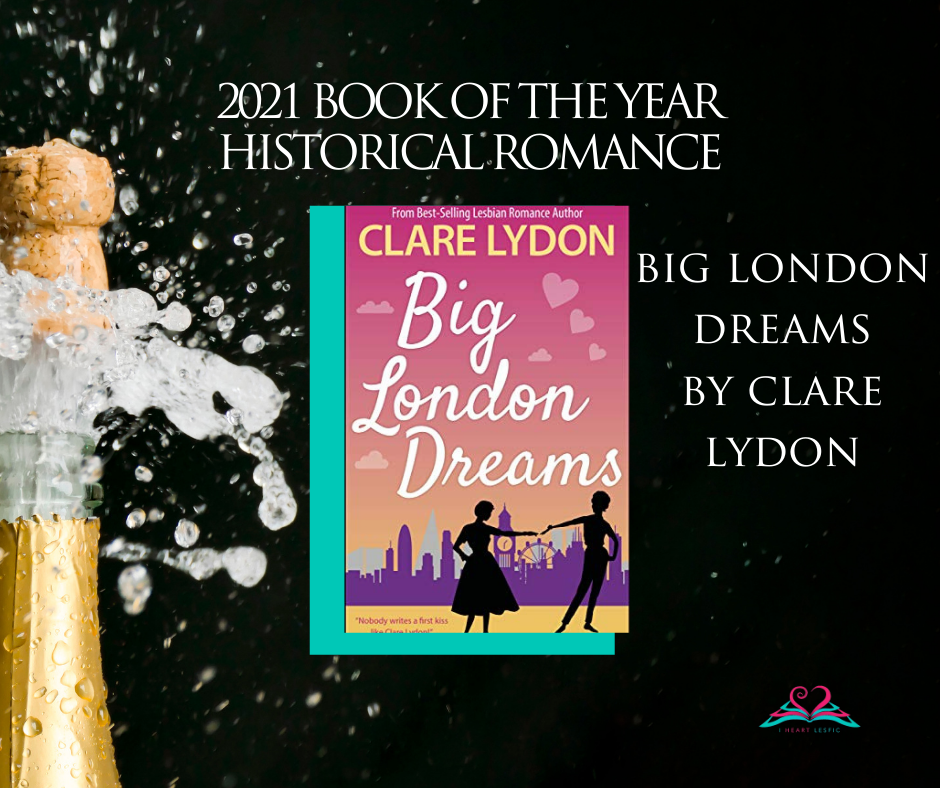 I’m really chuffed to let you know that my first ever historical romance, Big London Dreams, has topped the IHL reader vote for Best Historical Fiction of 2021! Thanks so much if you voted, it really does mean the world.

Writing an historical romance was a challenge, but it was also close to my heart because my parents met in 1950s London, so I got to ask them questions and include a sprinkling of their life in the story. My mum was a machinist in a factory close to Tottenham Court Road just like Eunice and Joan. My parents went to the dances that Eunice and Joan went to. My mum lived on the White City Estate just like Eunice. However, the story is entirely fictional, although it’s heartbreaking to think there were probably many women just like them all over London in that era.

Big London Dreams is a romance, but because it’s set in the 1950s, it has more than its fair share of yearning and heartache. However, Eunice and Joan do eventually get their happy ending, because all my books promise that.

Big London Dreams can be read as a standalone story or as part of the London Romance series. For more on the history of the locations, check out the blog I wrote last year by clicking here.