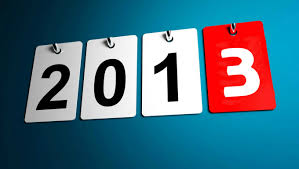 This year has been a strange one for me in many ways – but largely strange is a positive way, packed with things I’ve never done before. I mean, I’ve turned into an avid watcher of the Great British Bake Off (see here for more), I’m now a proficient jogger who doesn’t look like she’s about to die after ten minutes’ effort and I’ve managed to perfect the art of soft-boiling a quail’s egg. Yes, 2013 has certainly been a year of firsts…
This has also been the year where the following has happened:

1. I’m planning my wedding, which is odd but kinda groovy. You see, growing up as a ladygay I just assumed that I would not be getting married since it wasn’t allowed. But now, in these torrentially exciting times it turns out that I can marry my girlfriend so I’m going to. Hooray! The downside of course is that I’m now one of those people who starts conversations with the phrase: “Do you know how much wedding photographers cost?”

2. I got made redundant. I’ve never been made redundant before in my 16 years of full-time employment, so it was an odd feeling. I’m not too sad about it though – I’d been there for five and a bit years so it was probably about time to move on. Plus, they gave me a wedge of cash when they waved me off, so I now bathe nightly in diamonds. Plus, I wouldn’t have had the time to accomplish my next first which is…

3. I finished my first novel. This is a big deal. I’ve spent most of my life tortured by writing, always starting, never finishing. But this year, I knuckled down and finally typed that most cherished of sentences, ‘the end’. I’ve even given it to people and they haven’t died laughing. Result.

4. I managed to get a suntan in the UK purely by sitting in my garden, sipping a Pepsi Max and looking smug because I’m not at work. If ever there was a summer to get made redundant, the long, hot summer of 2013 has been it.

5. I became the proud owner of a Nespresso machine, which turns the experience of drinking coffee into a lifestyle choice and not merely a case of adding hot water to brown granules. Because when you click that Nespresso button and listen to it purr, you’ve chosen to upgrade your coffee adventure and you are now a coffee connoisseur, your life a coffee-flavoured dream. At least that’s what they told me at the shop.

6. I had my first custom-made furniture built. First a wardrobe, then a cupboard, now a desk, all in solid wood. You don’t get much more grown-up than that do you? Next, I’m planning to chisel my dreams from leftover MDF.

7. I went to Woolwich. I live in Greenwich and when I had to register my intent to marry my partner, we had to go to Greenwich town hall which is confusingly based in Woolwich. I had not been to Woolwich before. I would not recommend this.