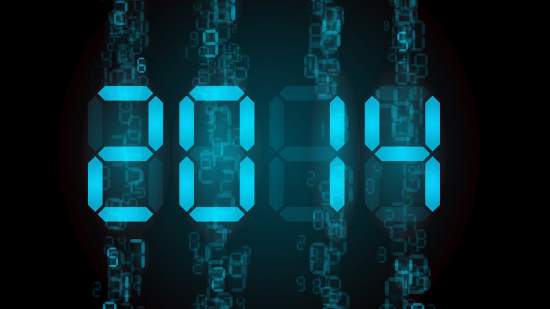 Farewell then, 2014, the year I got married and launched two best-selling novels. You have most definitely been my best year yet, so can 2015 do any better? It would really have to go some, but here are ten things I learnt during the best year of my life…

Look, I tried. In 2104, I went on a whisky course, I drank my wife’s healthy whisky stash and I convinced myself I liked it. After all, it’s a grown-up drink and I am a grown-up. But the truth is, I don’t like neat spirits. Apart from tequila, which is more of a pastime than a spirit. So whisky mixed with ginger ale, ginger wine or coke? I’m there. But on its own? Count me out.

9 – Putting Your Writing Out There Takes Courage

2014 was the year I published my first two novels. One thing I hadn’t reckoned on was getting over the fear that people wouldn’t like it or connect with it. The shaking feeling I had when I pressed the Publish button on Amazon was immense – it was a leap of faith, but one I’m so glad I took, because people bought it and said nice things about it. It didn’t get any easier with book two, mind!

I’d avoided Ben Elton’s Queen-themed musical for nearly 12 years, but then in January my sisters dragged me to see. And you know what? Everyone else was right and I was wrong. It was an upbeat, feel-good, sensational show and by the end, we were all champions.

7 – I Can Write Short Stories!

I’ve never really been a short story writer, mainly because I don’t really read them. However, in 2014 I joined a local writing group and then found myself not only writing them but also getting them published. I’ve had two short stories in two anthologies this year – Unwrap These Presents and L Is For… – and I’m extremely proud of both of them. Expect more in 2015.

I got married in May and one of my goals was to wear a bit of make-up. My make-up savvy mates took me to the beauty counters in Selfridges and here’s what I learnt: make-up isn’t really my forte. Foundation looks odd, lipstick lasts for half an hour and mascara makes me look like a comedy clown. Still, I managed to slap a bit on for the big day.

5 – Reading My Work In Public Is Fun

I did my first public readings of my work in 2014 – at L Fest, Brighton Pride and G Fest. I’m also reading at Polari in 2015. And while I was nervous for each one, I found that with a little preparation, I really enjoyed the experience. I think it’s my missed calling to be a pop star – these events give you a stage, an audience and a microphone, so I try to milk it for all it’s worth.

In 2014, my beloved Tottenham Hotspurs went from being average to being… less than average. Going to their games became something I dreaded. So I stopped. I might restart in 2015, as old habits die hard. But watching them being crap on the sofa is preferable to paying £40 a time to watching them being crap live. Ditto England and their dismal World Cup campaign. I am thinking of becoming German for 2018 – even if they don’t win, the beer tastes better.

3 – Publishing Books Is A Rollercoaster Ride

Writing a book and readying it for self-publication is a lot of hard work – the cover, editing, proofing, formatting & marketing. 2014 was a crash-course in that, and with a little help from my amazing friends as well as huge support from the local, national & international writing and reading communities, I managed it. I look forward to doing it again this year with at least one more book, maybe two.

I remember going to America ten years ago and being astounded by the cocktails, how cheap they were and how good they were. Americans did drinks well. Ditto Berlin five years ago. But now, suddenly, London has caught up. Head to East London and you’ll find a host of cocktail joints serving fabulous drinks – and that’s not to mention London Cocktail Week which was again a highlight of 2014. Cheers!

1 – Getting Married Is Aces.

I’d been with my wife for nine years before we tied the knot and getting married seriously was the best day of my life. Not just because I got to marry the love of my life – that’s a given – but also because we were one of the first couples to be officially married after the law change six weeks earlier. Equality tasted delicious. Love tastes even better.

Clare Lydon’s two novels London Calling and The Long Weekend are available to buy now on Amazon and other digital retailers. Her new book is due out in spring 2015.