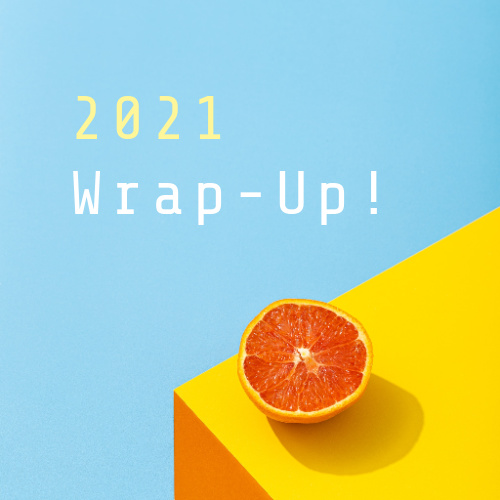 It’s safe to say that 2021 was not the year we all thought it would be. At the start, I had dreams the pandemic would be done and dusted by the summer, and life would return to some form of normality. It didn’t. For me personally, it was also the year that family issues led to me not working as much as I intended. Life happens! However, in a year when many died and even more are still suffering viral after-effects, I consider getting through the past 12 months without getting covid a win. Plus, I still managed to get stuff done. If you’re interested to know what, here’s my 2021 wrap-up…

What I achieved: I hit these goals! I published Hot London Nights in January, and Big London Dreams a bit later than intended in July – but nobody really cared but me. 😎 My untitled book turned out to be Change Of Heart, which has sold a lot of copies and meant I’ve had a strong end to 2021.

Original Audio Goal: “I plan to publish four new audiobooks: Hot London Nights, Big London Dreams, The Long Weekend and Christmas In Mistletoe. I also want to look into selling audiobooks direct to my readership and get that up and running.

What I achieved: Three out of four ain’t bad. I released Hot London Nights, Big London Dreams and The Long Weekend in audio, but not Christmas In Mistletoe. I’ve also yet to put my audiobooks direct. This task will be shifted to 2022!

Original Translations Goal:  A Taste Of Love and Nothing To Lose in German. Before You Say I Do in Portuguese. I plan to get another couple of translation contracts signed, too.

What I achieved: Full house on this one! Das Gefuhl Von Liebe and Biete Hoffnung, Suche Gluck came out in German, as did Antes Que Voce Diga Sim in Portuguese. I also signed German and Portuguese contracts for You’re My Kind, and a further Portuguese contract for Once Upon A Princess. I’ve also had interest from Denmark and am looking into going into other territories myself. Exciting translation times!

Original Goal: Write three short stories. Put them on my schedule and do them.

What I achieved: Nothing. I’m not a short story writer. It feels good to finally face the truth. 😀

Extra achievements: I won my first Golden Crown Literary Society romance award for Before You Say I Do, which was unexpected and lovely. The German translation (Bevor Du Sagst Ich Will) got shortlisted for an award in Germany.

I also did a lot more blogging this year, which wasn’t on my calendar, but which I quite enjoyed. Plus, I sold a lot more print books online and in book shops around the UK, which I love.

Original Goal: I plan to carry on doing our weekly show, Lesbians Who Write, with my friend and co-host TB Markinson. We love doing the show, but it does take up a lot of time for us both. We pondered stopping at the end of the year, but so many listeners keep telling us they love it, so we’re committing to continuing and see where it leads us. Hopefully, to bigger and brighter things! For the time being, I also plan to carry on my other monthly podcast, The Lesbian Book Club.

What I achieved: We changed how we record & schedule Lesbians Who Write in the background, and also installed regular breaks. This worked well and made sure we stayed enthused all year. I also carried on The Lesbian Book Club throughout 2021, but the last show aired in December. I’m freeing up more time to focus on my writing.

Original Goal: Stretch more. I have downloaded a yoga app and it’s on my schedule.

What I achieved: I installed a regular yoga routine in my life that lasted all year. Score!

Original Goal: Meditate more. It’s going on my calendar this week. I know it helps my mental health and sleep, so it’s getting done. Come round and shout at me if not.

What I achieved: Not much meditation. Nobody came and shouted at me, you see. However, I’m okay with that. Yoga serves the same purpose. It was much needed this year!

Original Goal: Maintain my HiiT and walking routine. I’m doing Red January as a kick-start, where I commit to doing a HiiT or an hour walk daily. This isn’t so much of a stretch as I mostly do this anyway, but it’s a habit I want to maintain.

What I achieved: Walking has happened. HiiT not so much. But I’m now back with a personal trainer, so it’s not a total fail. Injuries and circumstance meant I wasn’t able to exercise quite as much. But I kept up my walking routine.

Original Goal: No doom-scrolling in bed. I regularly lose hours in bed scrolling my phone. I know my life would be better without it. So this year, I’m making a concerted effort to stop.

What I achieved: Hard fail. It’s going back on the list for next year!

Original Goal: Take regular breaks and holidays when you can book time off again. I have three trips I’m hoping to do (tied into weddings and birthdays), and they’re all at the end of the year, from September to December. I’m still going to take shorter breaks earlier, too. I usually go away on a writing retreat in January, but not this year. But I’m hoping it can be moved to mid-year.

What I achieved: I managed to take regular breaks, if not what I originally set out to do. Canada and Australia were pushed off the schedule due to the pandemic. However, my wife and I went to the Scottish Highlands which was easily our best holiday in years, plus it inspired Change Of Heart. We also did a week in Portugal for my 50th. Plus, we took breaks throughout the year, some even leisurely. Tick!

Original Goal: My main aim for 2021 is to work shorter hours, but maintain the same level of output. To have a two-hour deep work block in the morning, and a two-hour block in the afternoon. By doing this, I hope to stop work earlier and take more weekends completely off.

What I achieved: This didn’t happen due to life happening. However, that’s okay. I was productive enough in the middle of extraneous family circumstances and a global pandemic! I managed to write two full books this year. I started about another three and abandoned them. This aptly reflects the scattered state of my mind right now!

Original Goal: Ads: take a week and give them a try. This has been on my list forever. I need to bite the bullet and try it. If it doesn’t work, fine, but at least I tried!

What I achieved: Not much. I have to face facts that I hate doing ads. This year, I need to decide whether or not to focus on them or not. Right now, my business runs just fine without a huge investment of time. But will that continue? It’s something I will push on to 2022.

Original Goal: Courses/Books on craft and business. Schedule time to do them.

What I achieved: I completed my first course in January, then forgot all about this goal in the chaos of my year. But I did do one at least!

Original Goal: Author events – do some on social media, as well as taking part in events online and in person if possible.

What I achieved: I did a really successful event in Q2, hosted by Stockport Library online. 55 people turned up to hear me chat about my books, which was pretty unreal! It was their most successful author event ever. All other events were still cancelled, so that proved trickier.

Extra achievements: I completed my Clifton Strengths and one of my goals next year will be to look at what they mean and how I can use them to make my business and me better.

I also hired a social media manager who worked with me for six months. She did a good job, but ultimately, my brand is me so I still had to be very hands-on. In the end, having her on-board didn’t make sense, so I took back control. But at least I tried, and I learned a lot that I’ve taken forward from it.

With everything I had to contend with this year, I’m calling 2021 a win. My financials stayed steady, I kept up my newsletter every two weeks, and I published ebooks, print books, audiobooks and translations consistently. On top of that, I kept sane in an increasingly unstable world. The challenge is to keep that up for 2022. I’ll post my goals for the year next week!